I've missed the last couple of Wednesday Blog Hops, brought to you courtesy of Nicola Pyles at The World of My Imagination and Carrie Sorensen at Chasing Revery.

But life is slowly getting back to normal and I'm back in the writing groove again.  I'm so happy about that!

So, as usual the rules are to include a picture prompt, five random words and a word limit of 500 words.
The story needs to be submitted before the following Wednesday, and linked up to one of the hosts above.

This week the prompts are as follows: 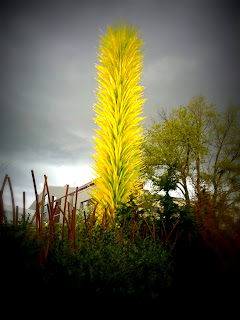 So here it is:

'I bet you I can make it to the top,' proclaimed Leonard, as he and Rosemary stood at the base of the Summoning Tree.
'Don't be silly,' said Rosemary, 'it's a skyscraper. Besides, it's not for climbing is it?'
'Something that big is made for climbing,' and with that he marched towards the base of the lush green tower. He knew if he could manage this, Rosemary would be so impressed she couldn't help but fall for him.
She raced up behind him, grabbing one of his furry arms. 'Please don't do this Leonard, it won't matter if you back out now.'
'It will matter to me.' With new determination he grabbed the lowest fronds and started climbing. It was easy to begin with, the leaves were shorter nearer the bottom, but as he ascended they began to get much longer and sleeker. In some places he only just managed to hang on to the silky surface. He stopped halfway to rest, and as he glanced down towards the ground, towards Rosemary, his resolve to complete his mission began to waver.
He turned to the tree again, clinging on tight, barely able to move. A rush of panic coursed through him, making him dizzy. He needed to get control of himself or he would surely fall. Looking up to the sky he knew he could make himself go just a little further. He took deep breaths, desperately trying to reform his equilibrium to could carry on.
Finally he set off again, forcing himself to concentrate on where he was going and trying so hard not to look down. He knew Rosemary was down there, she wouldn't leave until she knew he was safe. She was such a worrier. He saw the top now, the blue sky opening up above, clear and never ending.
The next thing he knew he was on the top of the tree. There were a few flattened fronds, enough to stand on, and he gazed around him. He could see more from here than he ever could from the castle's balcony, supposedly the highest point in the village. The sky went on forever, blue and clear and cool. He closed his eyes, breathing in the freshness.
He wasn't ready for the sudden gust of wind, and found himself off balance and falling through the air. The ground raced up to meet him and there was nothing he could do he realised. He closed his eyes to meet his fate.
His fate turned out to be Rosemary. He opened his eyes and her face filled his view, he could hear the beating of her wings as she glided down holding him tightly.
'Are you ok Leonard?' she gasped, checking him over.
'I'm fine. Thank you,' he mumbled, embarrassed. 'I guess this means you don't want me now?'
'What? You mean that was for me? Men!' she exclaimed and stalked off.
Leonard couldn't help a grin as he watched her go.