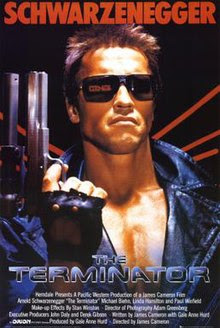 I didn't realise that this film is actually nearly as old as me; it is certainly looking fairly dated but I think that's part of its charm.
The only thing I knew about it was that it starred Arnold Schwarzenegger and Linda Hamilton, and that he was trying to kill her. As for the rest of the plot I was fairly in the dark.

The scene was set well with the machines in the future wanting to annihilate their adversary in the past before he can become a threat.  The twist of having his father actually come from the same time period, going back in time to not only save his life but to create him too, is one of those that could really bend your mind if thought about for too long.  Just what would have happened if the machines had realised who his father was?  Could they have simply killed him in their own time?  What if Sarah Connor gave her tapes to her son, would he/does he tell his father who he is?
Now these may well be questions that are addressed in one of the next films or even in the tv programme, The Sarah Connor Chronicles, but as I haven't seen any of those yet I'm going to ponder on them awhile until I find out for myself. 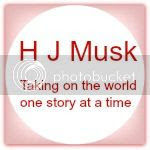